The BALI Team is Full of Sports Lovers 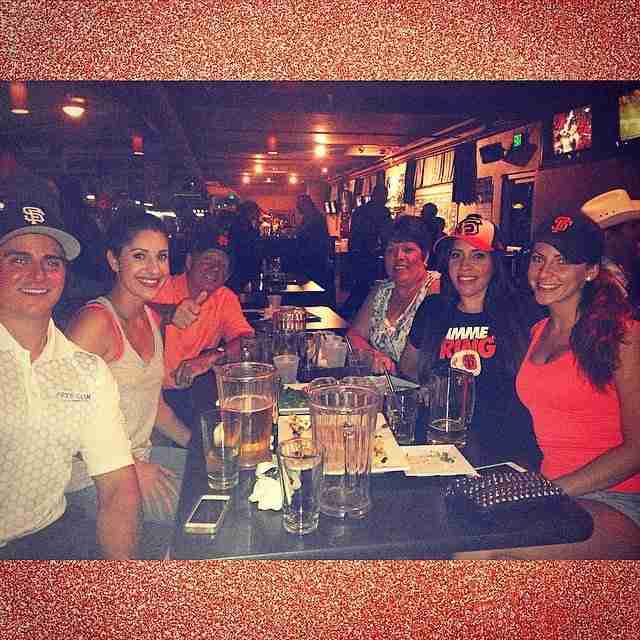 Fall is here! That means it’s time for baseball playoffs and

football season is in full swing.

From watching pro sports, to cheering on our kids, we love to root for our favorite athletes.  Our office is torn between San Francisco and Oakland fans. But we all find a way to get along just fine! Krystal (second from left) with family and friends cheering

for her SF Giants. She is absolutely thrilled they are in

the World Series for the third time in five years! #octobertogether

Matt’s Raiders beard. Every year he starts growing a beard at the beginning of football season and doesn’t shave it until they get a win. It might be a long one this season…he is a dedicated fan! What’s your prediction for the 2015 Super Bowl? Tell us in the comments!

The BALI  team is full of family athletes! Kevin’s niece, Juliana, had a great season with her softball team this year. Amber, owner Kevin’s fiance, ran the 2014 San Francisco Nike Women’s Half Marathon for the fifth time! She must love those Tiffany’s necklaces! 😉 Interested in training for your first half-marathon? Read this great article.

“Before starting any training for running the 13.1-mile half marathon distance, whether it’s in an organized race or on your own, you should be regularly running approximately 10 to 15 miles per week. If you’re a beginning runner, it’s always a good idea to consult your doctor before starting anything as strenuous as training for a half marathon, especially if you’re over age 35 or 40.”